Up the Chesapeake Bay
Leaving AYB at 5:30am we get through the Great Bridge Locks on the ICW at their first opening of the day at 6:00am. We then head north to Annapolis cruising past the enormous Norfolk Naval shipyards.


Norfolk, VA - The Navy Yards
Miles and miles of Navy ships, of all sizes and shapes. 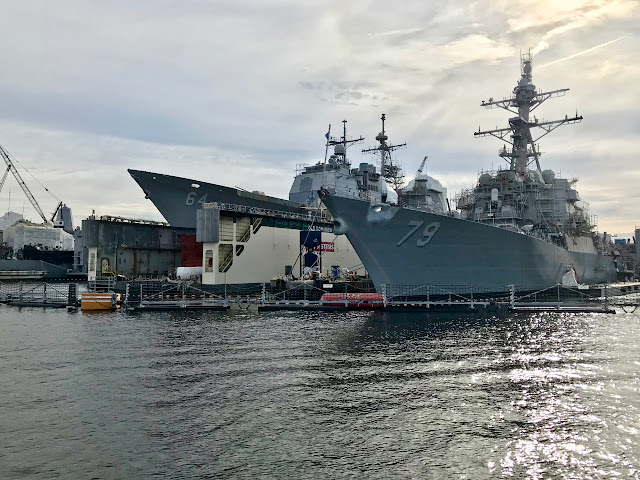 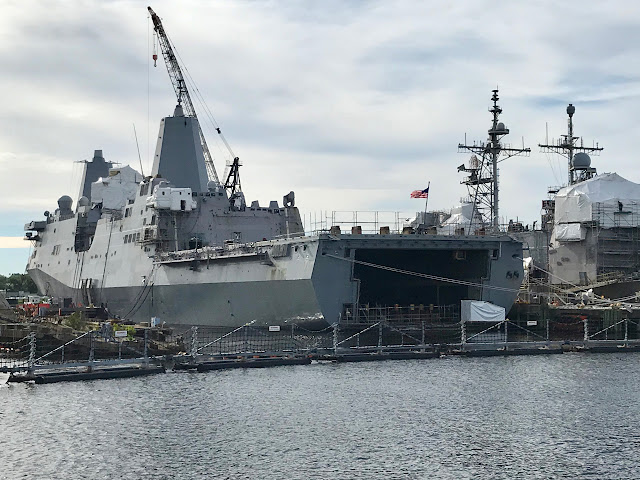 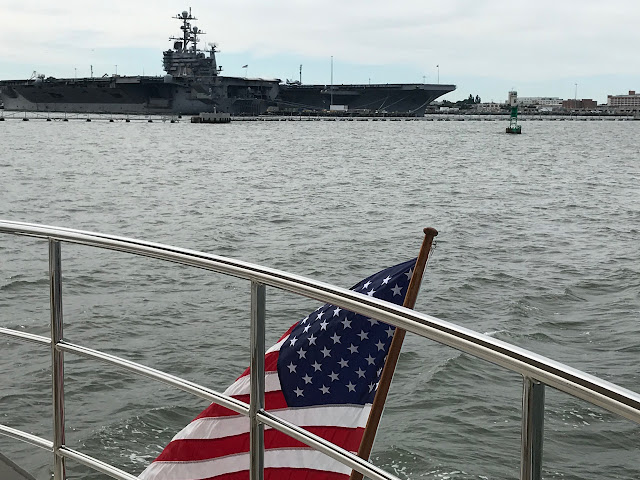 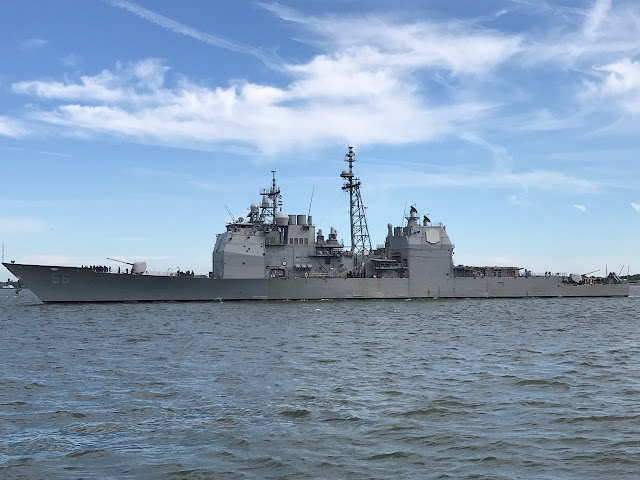 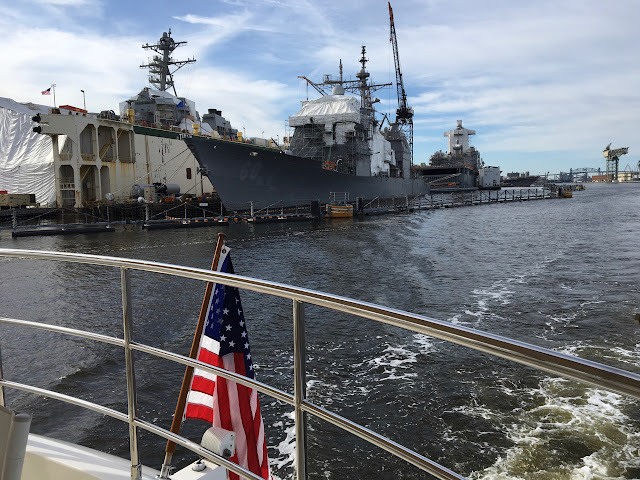 Continuing on
Cruising non-stop, Lady KAE veers off at the Solomons, Maryland, and we continue on and arrive in Annapolis at 2:00 am the following morning. After 3 hours of sleep we pull anchor and drop off James at the US Naval Academy dock so he can catch his early morning return flight to Florida.

Worknot
We turn away from the dock and continue northeast up Chesapeake Bay.


At the top of the Chesapeake Bay we go through the Chesapeake-Delaware Canal to Reedy Island and anchor in the Delaware River next to “Worknot”, a beautiful 57' Nordhavn, with Gale and Mary Plummer on board.

We previously met Gale and Mary on our 55' Nordhavn in 2017 in Florida during the survey of the boat, and later while cruising in Maine.


The Reedy Island anchorage is a little spooky being anchored in view of a nuclear power plant right across the Delaware River from us.


Moving on
The next few days are almost constant cruising. From Reedy Island, we go down the Delaware River to Cape May, NJ where we spent a fairly rocky night at anchor outside the entrance to the Cape May Canal. This was pretty much an unprotected anchorage, open to the whims of the ocean.

The next day we go east through the Cape May canal and north to Atlantic City, NJ. The dockage in Atlantic City is a tad bit on the tight side, where you have to make a couple of very tight turns, and then they want you to back into your assigned slip. Ugh! ...But good practice! We don't gamble, so in Atlantic City we had a great Uber driver who took us to his favorite food market, and he waited for us while we bought way more groceries than we should have. Then back to the boat, to unpack. 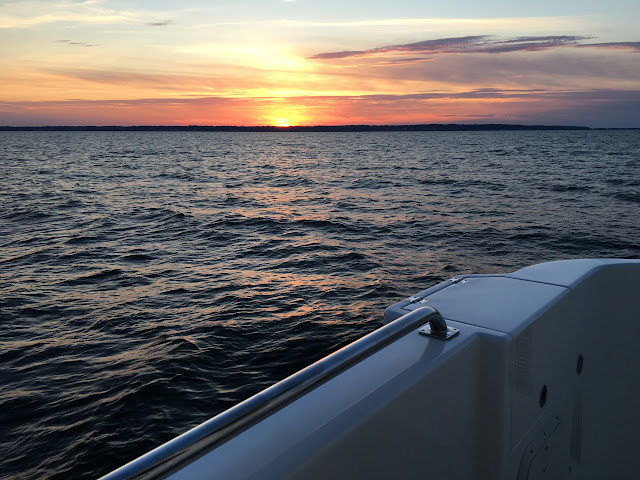 On the Move
Up early again, we leave Atlantic City and cruise north and anchor in the fog in front of the Sandy Hook Coast Guard Station.