Cuttyhunk is part of the Elizabeth Islands, a small island chain that extends from the southwest corner of Cape Cod separating Buzzards Bay from Vineyard Sound. All but two of the islands , Cuttyhunk and Penikese, are privately owned by the Forbes family. Cuttyhunk is definitely a “get away from it all” location. Sun, sea, sky, sand… and not much else.

The inner harbor is too small for Worknot and Bravo so we anchor in the outer bay. Just in time for an afternoon rain shower.

Weather is in a constantly changing situation. Sometimes, the weather status depends on what direction you are looking in at the moment. The following pictures were taken at the same time, one facing Northwest and one facing Southeast.

A national weather service alert comes on the VHF radio warning of high winds and thunderstorms. We can see the storm clouds in the distance, but the worst parts pass us by.


We hear a call on the radio for “Bravo” and it’s Steven and Carol Argosy who we met 2 years earlier on their previous legendary Nordhavn 62 “Seabird”! They made epic world-wide travels in the 62, and now they are in Cuttyhunk Harbor on their new smaller go-fast "Seabird", and saw us on AIS. They swing by to say hello on their way home. You never know who you are going to see in the next port. You just know that you are going to see someone. A little later in the evening, N47 "Mari Mi" cruises by and enters the inner harbor. 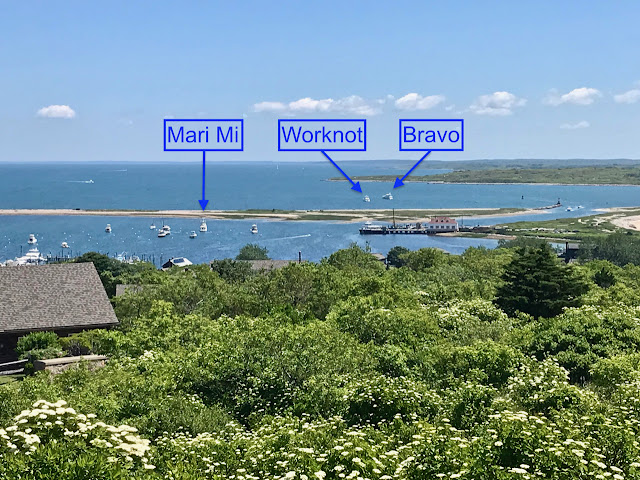 The next day we dingy into the inner harbor to explore Cuttyhunk. Almost everyone on the island gets around by walking, biking, boating, or golf cart. A few pick-up trucks support the garbage removal, sheriff, harbormaster, and transporting goods to/from the ferry. People stop and chat with one another. This is a very friendly, social town.

We wander the streets and back lanes and come across the daily life and living evidence of Cuttyhunk’s long history. A tiny general store is tucked into the neighborhood. A lively pizza restaurant is operated out of another resident’s basement and back-yard.

The one room school house was opened in 1873 and the last student graduated in June 2019. 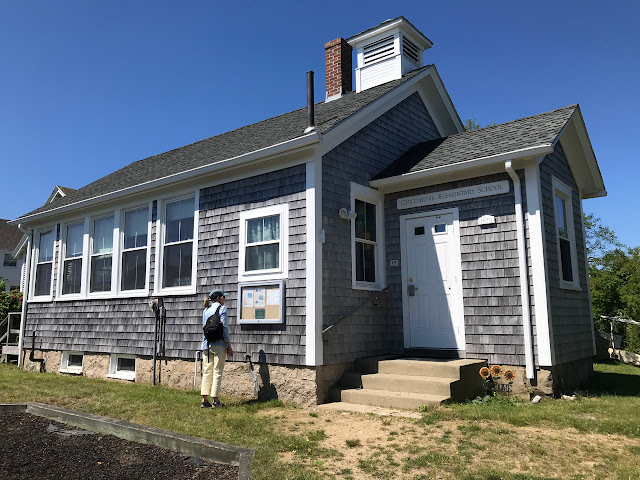 Next door is the public library that was opened in 1892 and is still functioning. This is a popular spot. 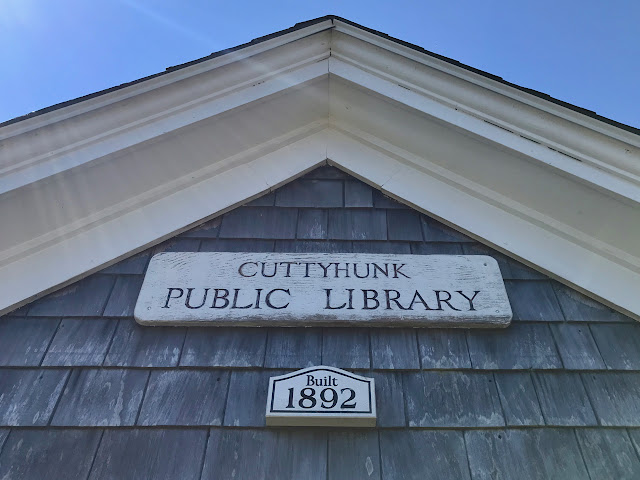 Across the street is the one church on the island. First started in 1881, it functions as a multi-denominational house of worship and a meeting room for island events. 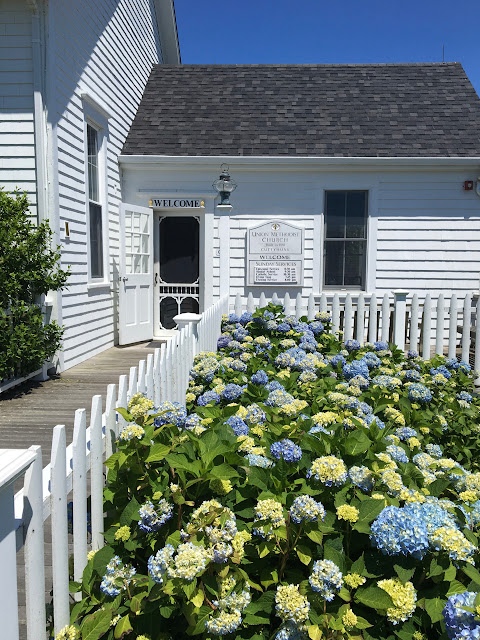 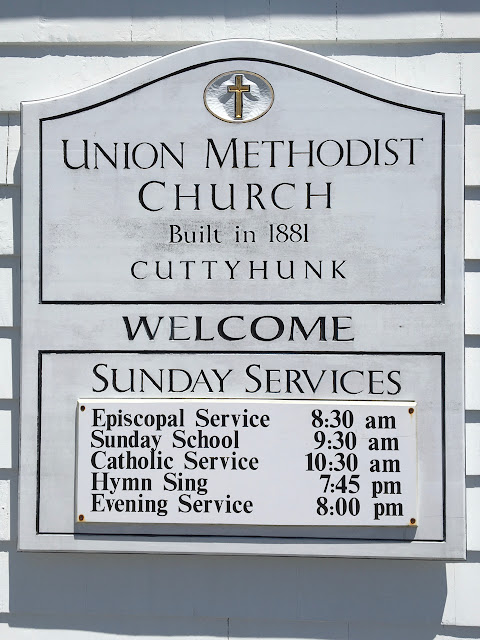 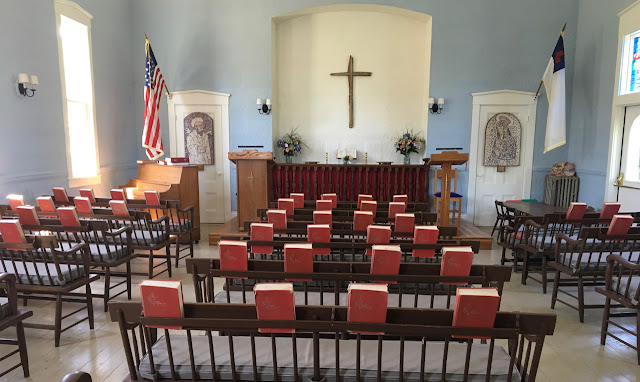 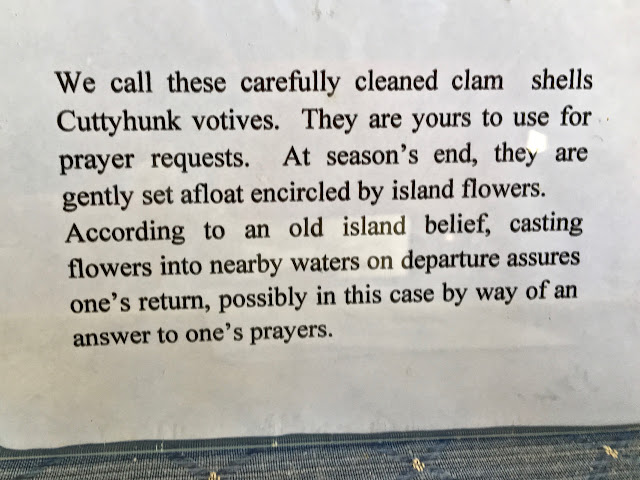 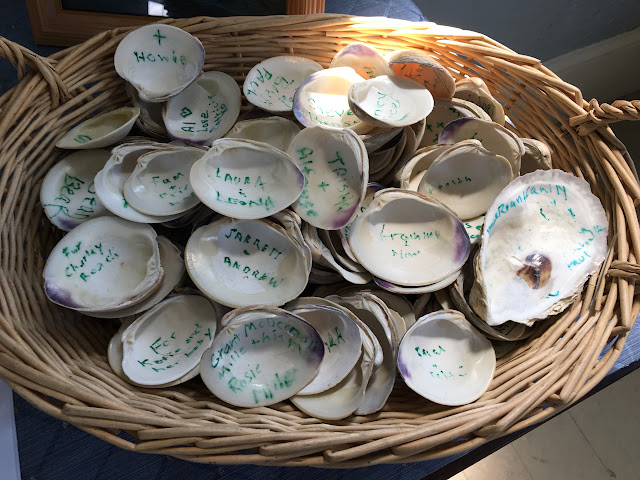 The historical society museum was closed but we met the next best thing, Dr. Seymore DiMare. “Doc” as he is known on the island, is 93 years old and he and his wife are two of the 12 year-round residents. He stops his golf cart to give us a personal history of Cuttyhunk Island. His stories start with Bartholomew Gosnold’s arrival in 1602 to harvest sassafras; details regarding the Wood family’s summer homes, and role in the unique development of the island; and the story of how he came to be an island resident. Doc pointed out his home and gardens that overlook the harbor.

We enjoy the local food and have oysters on the wharf and watch the teenagers who operate the “Raw Bar Boat” shuck the oysters for our order. 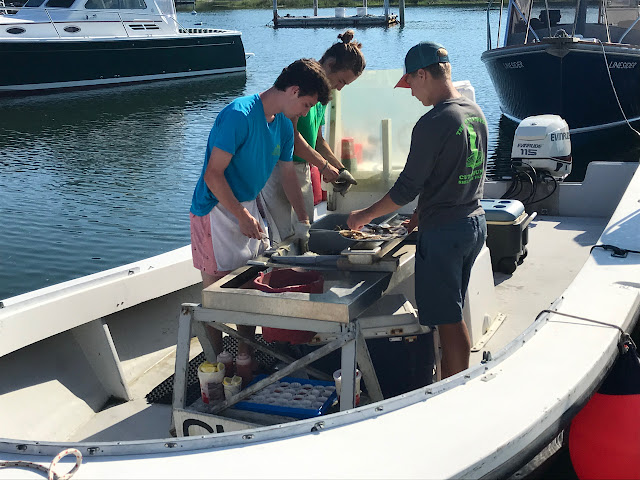 The next day we enjoy tacos from the summer grand opening of the new taco stand.

We meet up with Richard and Judy, friends of Gale and Mary, who summer on Cuttyhunk aboard their Hatteras Long Range Cruiser. They take us for a tour of the island in their uber-ATV. 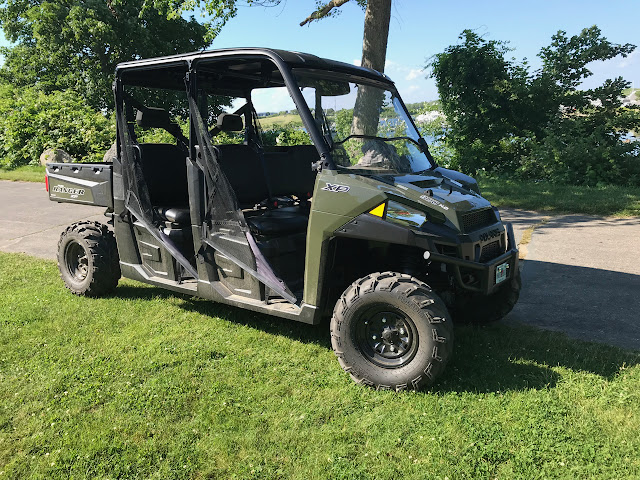 Cuttyhunk Fishing Club?! Say what?? We haven't seen too many fishing clubs in our travels! 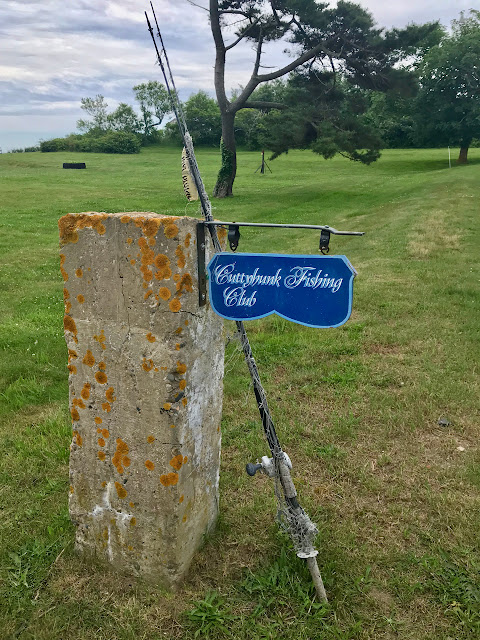 We stop at the islands generator-driven electrical power station. Most of the islands electricity today comes from a field of solar panels. 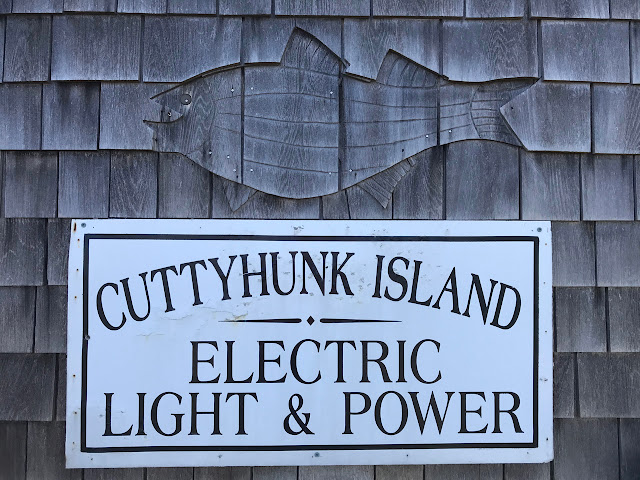 Richard and Judy also take us for a provisioning run to Falmoth, MA where we stock up on goodies from the food store and West Marine. It is an amazing ride on their fully restored Bertram.

A few stops along the way take us into small hidden coves on the private portions of the Elizabeth Islands. 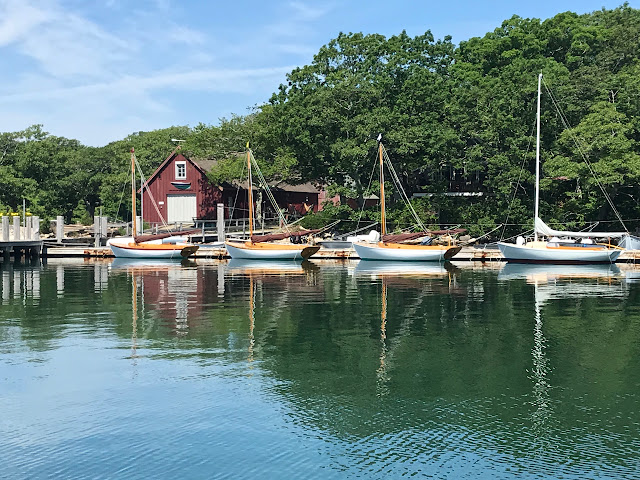 Gale and Mary score some really cool beach umbrellas that also double as a dingy bimini! 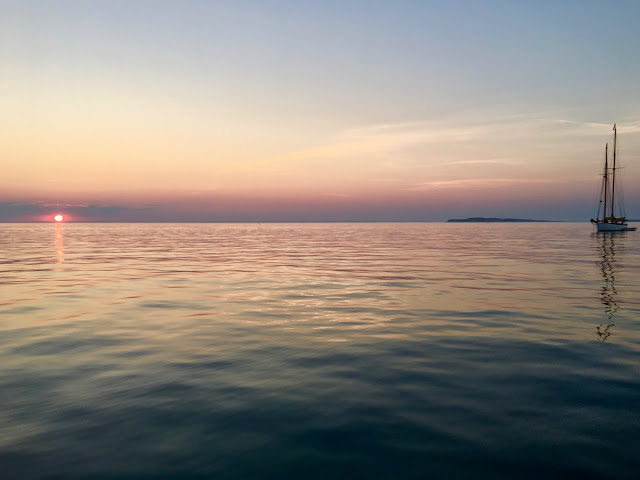