Harpswell, Maine
After leaving Portland, we meander in a leisurely fashion between small islands and lobster buoys for a few hours, and anchor in serene Harpswell Harbor.

Dolphin Marina, and Eagle Island
While relaxing at anchor, we read the Nordhavn owners blog and discover we are just around the corner from Dolphin Marina and Restaurant. The reviews are 5-star off the chart fabulous so we give Dolphin a call and reserve a spot on their floating dock for the next night.

Side note...
The screen shots above are from our iPad which has the navigation app "Navionics" loaded on it. We typically plan our route for the next day on the iPad with Navionics, and then later transfer the route to our boat's navigation system which uses "Nobeltec". The picture below shows the 3 navigation monitors in our pilot house. Typically we'll have one of the monitors zoomed in fairly close to show more details of water depths, obstacles, and navigation aids. One of the other monitors will be zoomed further out to show what's upcoming in the route. All of the monitors have the ability to have overlays of radar, or more in-depth views of the depth sounder. We can also switch to forward or rear facing cameras, the engine room camera, or to the FLIR night vision camera. On one of our night passages, James Knight switched one of the screens to watch a movie!


Back to Dolphin...
The reviews of Dolphin Marina were 100% true! This place is amazing. There were 3 dock hands waiting to assist us as we approached the floating dock. We watch the dock attendants assist other boats by being at the mooring ball to lift the pennant up to the boat so the owners don’t need to lean over the bow to grab the wet line. A free launch will ferry us the short distance to the main dock. A variety of amenities include free usage of bikes and kayaks! We borrow two of the bikes and ride to one of the nearby nature preserves. 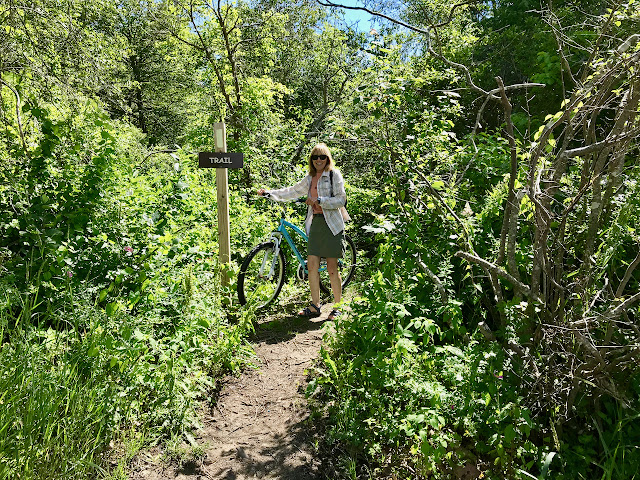 Dolphin is a family-run establishment and Chris Saxton, one of the two brothers, stops over and gives us additional recommendations of “things to see” in the area. We decide to head to Eagle Island in the morning. He also told us about his niece, Lexie who seems to be one very determined and strong young lady who has her own lobster boat and is still in high school. The name of her boat is: "I Mean Business". Kudos to Lexie! 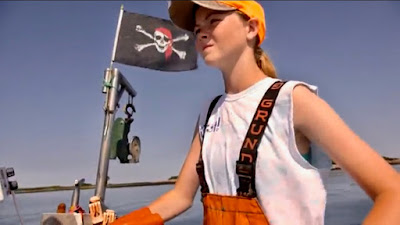 Do a Google search on "Hard Tellin' with Lexie Saxton" to see the great video about her!

Eagle Island
A five minute dinghy ride takes us to Eagle Island State Park. This island was the summer home of Admiral Robert E. Peary, the first man to reach the North Pole in 1909. Peary purchased the island for $200.00 with the first earnings he saved working as a surveyor after graduating from nearby Bowdoin College. Many years later, he designed and had the house built. Even after Peary died in 1920, the family spent many summers at the house. The home is filled with family furniture and artifacts from Peary’s numerous Arctic expeditions. Peary went to the same high school as Karl's dad, which was Portland High School, and the high school is still in use today. 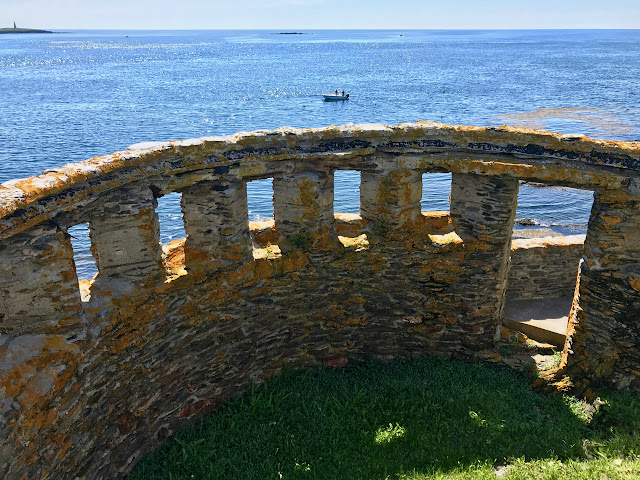 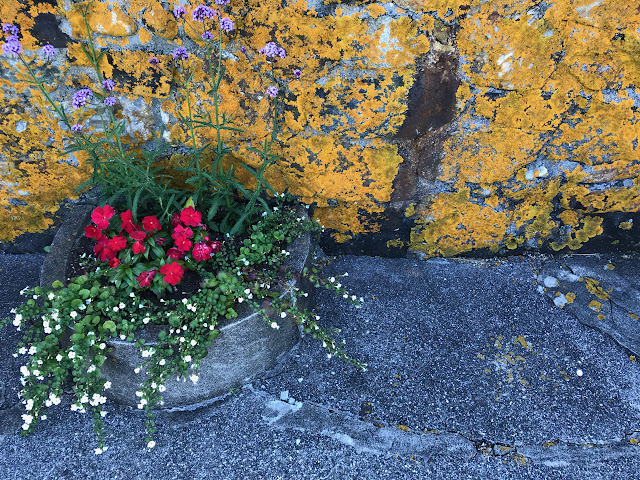 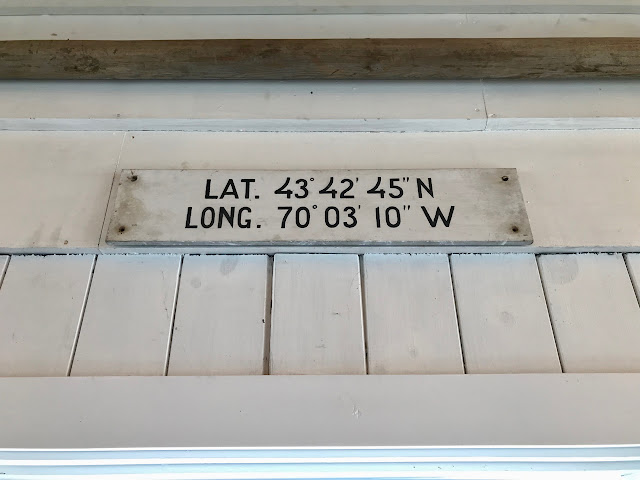 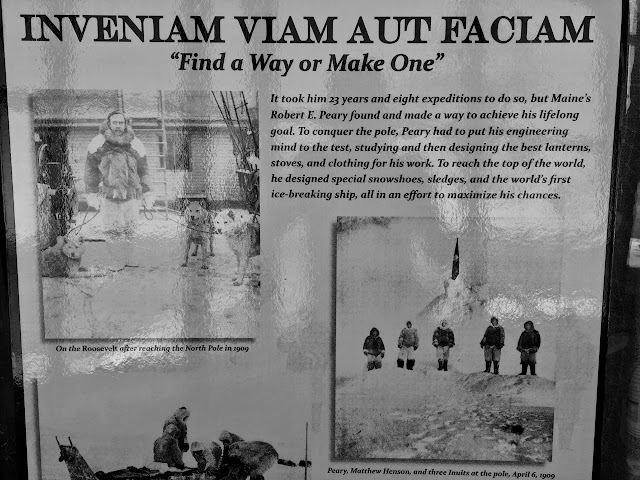 We explore the rocky shoreline of Eagle Island. 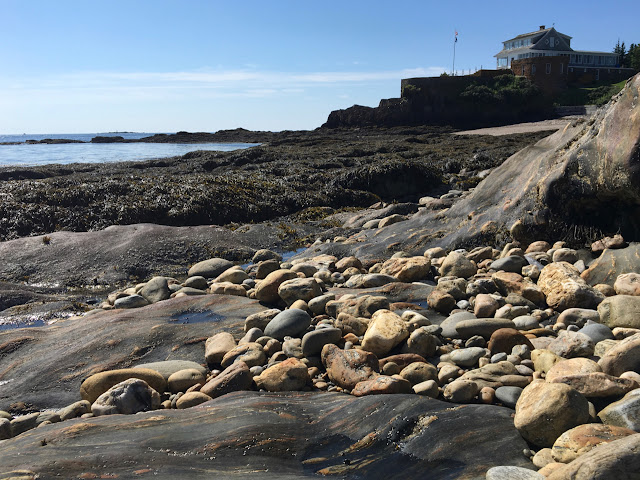 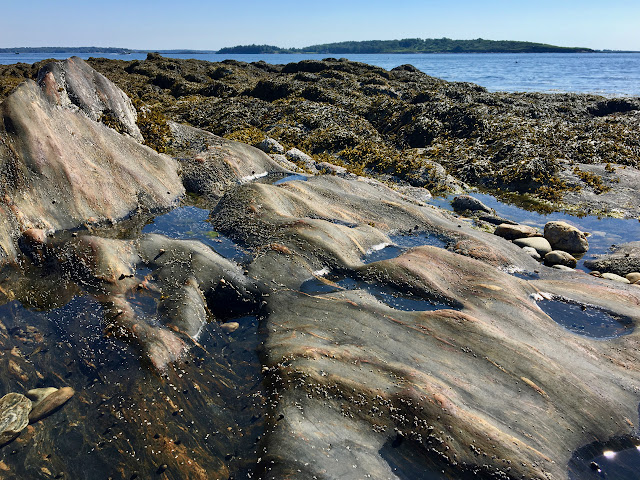 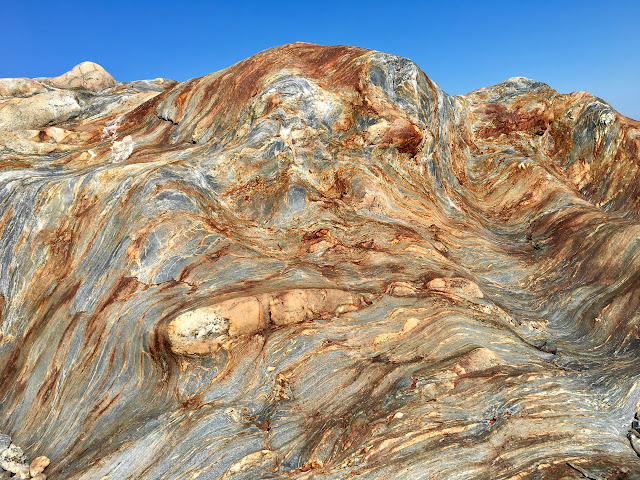 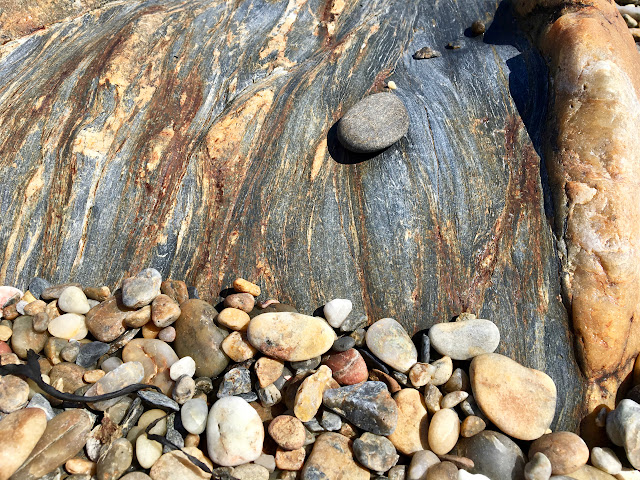 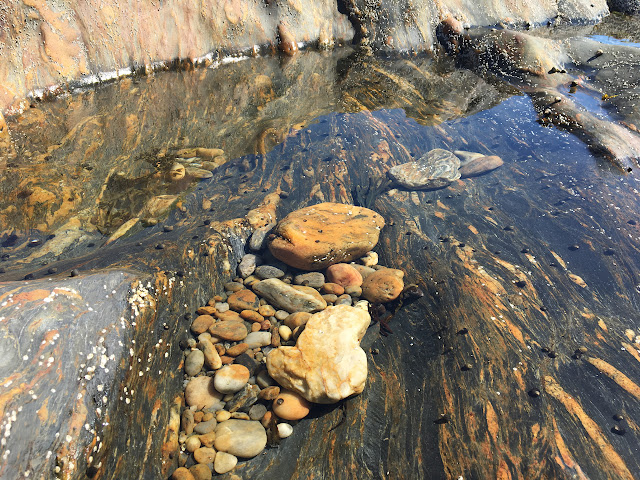 Also near Dolphin Marina is a cove filled with lobster pounds and a reversing falls. We dinghy in to check it out the falls but decide the current is too strong to go all the way to the inner cove.

We check out the Harpswell shoreline; a seaplane joins us on the floating dock to drop off dinner guests; and we enjoy a spectacular sunset from Bravo’s deck. 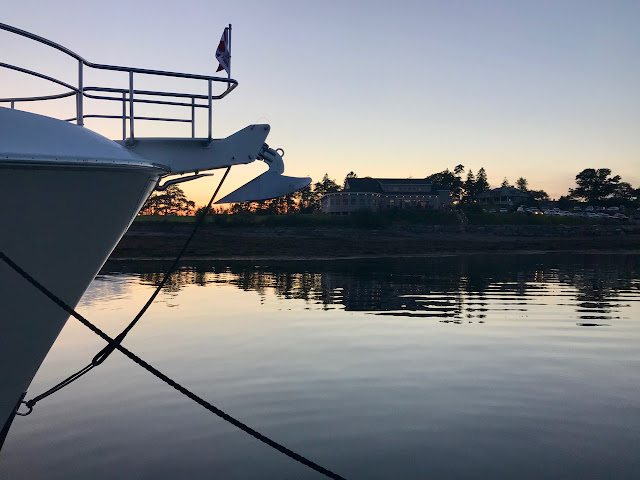 In the morning we are greeted by the Dolphin Marina crew with coffee and blueberry muffins. Yes... fresh, free, homemade blueberry muffins and coffee brought right to your boat! It doesn’t get any better than this!!!


Erica's Lobster
Erica's Lobster is next door to Dolphin Marina and they have the most inexpensive lobster we've seen on this trip, except when we dingy up to a lobster boat and buy directly from the lobsterman / woman. Erica's will cook your lobster after you pick it out and the seating is all outdoors on picnic benches. Very simple but the lobster is tasty. 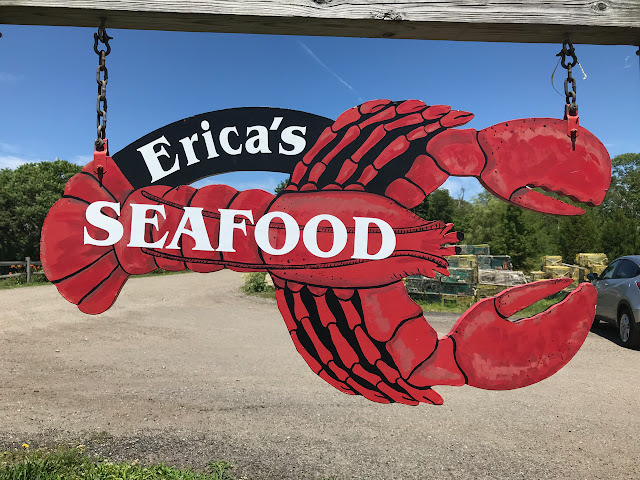 Linekin Harbor
Reluctantly we pull away from Dolphin’s floating dock and continue north. Weather reports indicate brisk SW winds for a couple of days so we tuck into an anchorage in Linekin Bay. Our neighbors are a few sailboats and a megayacht complete with a posse of jet skis. 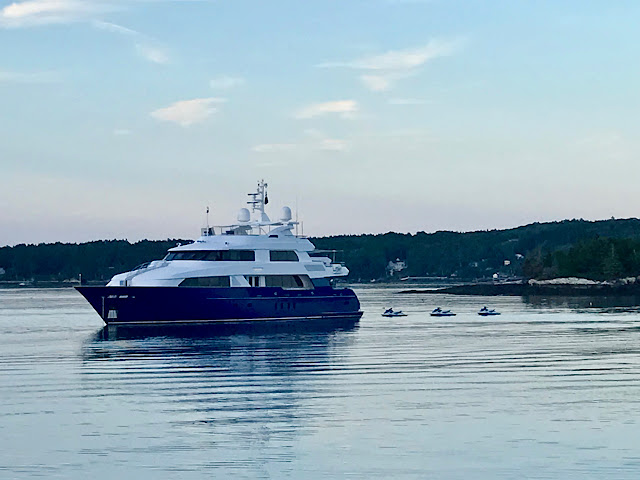 After a couple of nights, the windy weather passes and we continue north. Our next stop will be Rockland, Maine.