More of Massachusetts and New Hampshire

It’s the morning of 4th of July and we decide to take advantage of a favorable tide/current to head north through the Cape Cod Canal and anchor off of Plymouth MA to see the fireworks. The Cape Cod Canal is always an interesting experience with bridges and lots of boat traffic.

Luckily, since it was 4th of July, there was no commercial traffic... just lots of people enjoying the beautiful weather; walking and biking along the level path that runs the length of the canal, and soaking up the sun on the beaches. We anchored across from Plymouth, MA in a bay called “Cowyard”. No cows were spotted. A lot of trucks and cars were parked on the beach and the locals were celebrating the holiday. A short while after sunset, the homegrown fireworks sprouted all around the bay. When it was completely dark, the official show began and we had great seats.

Gloucester, MA
Early the next morning, we cruise north across Boston Bay to Gloucester, MA. As we are anchoring in the outer harbor, Gale gets a “welcome to Gloucester”…message on his phone from another Nordhavn owner, Peter Hayden. We are anchoring right in front of his home! Peter previously owned the 60' Nordhavn "Tanglewood", and he currently has a 68' Nordhavn being built. Peter was most helpful in taking us to a few machine shops to have a part machined for Gale on Worknot.

Gloucester is a mix of elegant homes and a salty working fishing town. We spend several days checking out the lobster pounds, waterfront, authentic downtown, and stock up on groceries at the terrific Market Basket supermarket.


Walking to the store through the neighborhood above downtown, we are interested in the unusual traffic sign.

Transporting a full load of groceries for two Nordhavns in one dinghy is quite the balancing act.

We roam the working waterfront and buy fresh live lobsters directly from the dock. We cook our first New England lobster of the season on Bravo’s back deck. We are still experimenting with the best options for the cooking station. Nevertheless, the lobster was delicious! 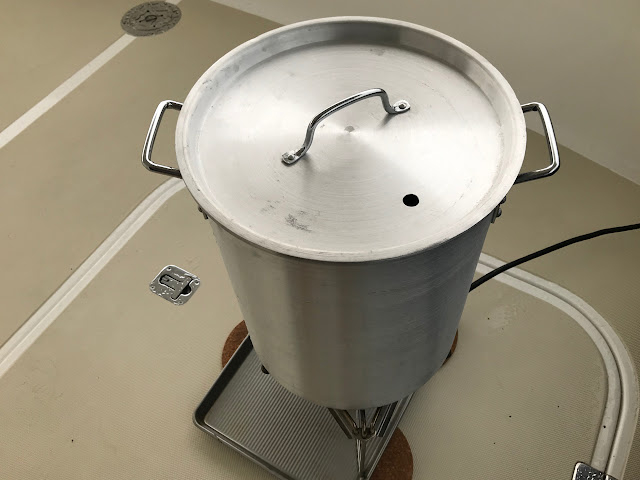 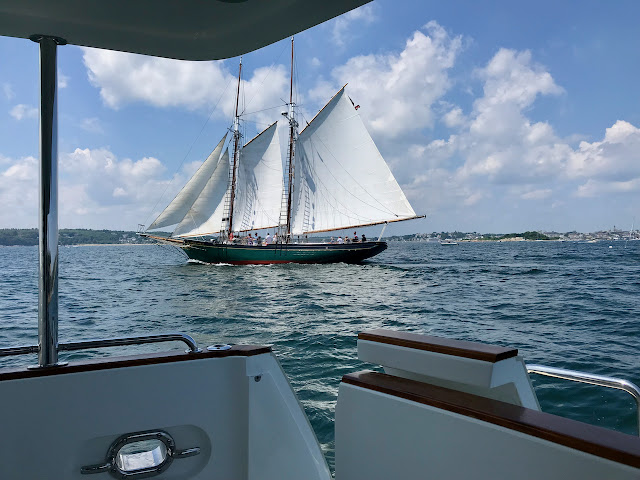 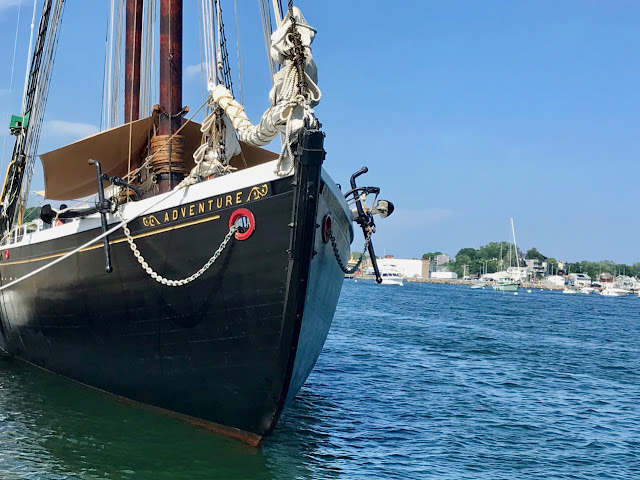 We are fascinated by the world’s worst boat slip on the brand new town dock. A huge rock that takes up the entire slip is fully exposed at low tide, and fully submerged at high tide, with no warning signs whats-so-ever. Yikes!!

Gloucester is very proud of its long fishing seafaring heritage. The movie, “The Perfect Storm” is the story of a fishing boat and people from Gloucester lost at sea in an epic 1991 storm. The current National Geographic reality TV series, “Wicked Tuna”, is also based in Gloucester. 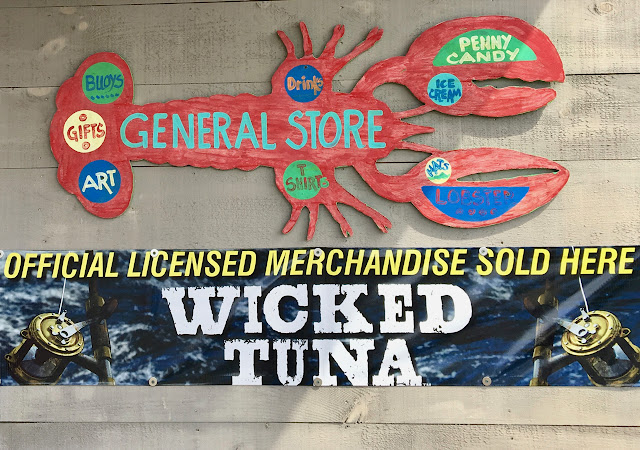 The swordfish boats have a tall tower and an incredibly long bow pulpit where the fisherman stands and spears the fish.

We also locate the site of the “Greasy Pole” contest. During the annual St. Peter’s Fiesta, locals try to run across and reach the end of the greased pole and capture the Italian flag nailed to the end of the pole. Winning is a big honor and youngsters practice all year to improve their skills.

We have dinner with Peter Hayden in the section of town known as Rocky Point. It’s a long established artists quarters and is filled with interesting old buildings, restaurants, and galleries. 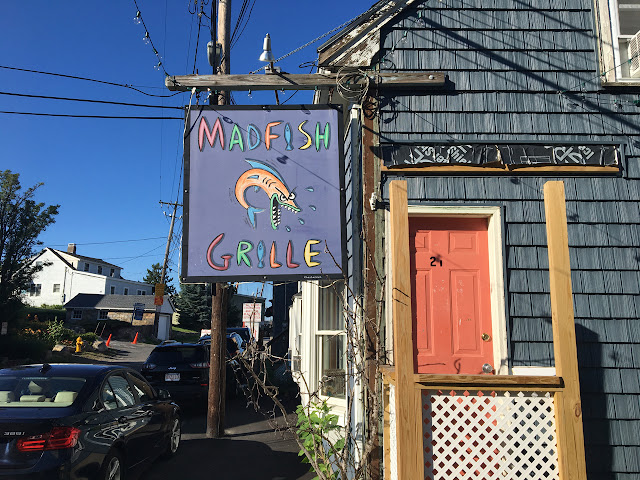 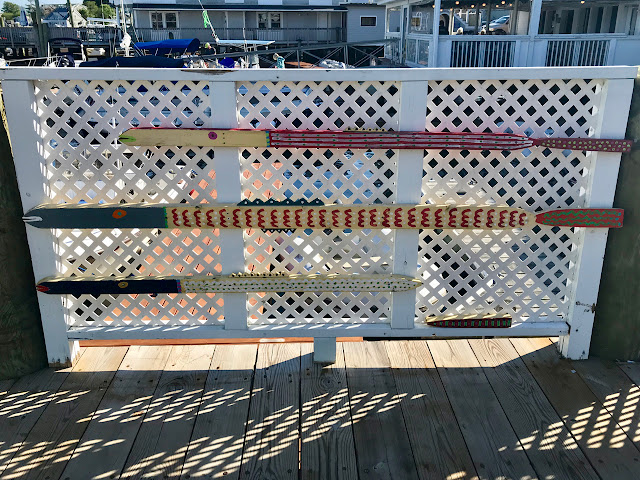 We even find a rocking chair made from lobster pots! It would make a nice pair with the chair made with old radiators we found in Port Washington, NY!

After several days in Gloucester, Worknot and Bravo continue north at a leisurely pace. The next stop is Isle of Shoals off the coast of New Hampshire. It is a remote and quiet bay. The loudest noise is the sounds of hundreds of seagulls on the opposite shore. The islands are privately owned and this one functions as a religious retreat. We get mooring buoys, relax on-board, and enjoy a fiery sunset. We are not sure, but it looks like Worknot’s stack is exploding!